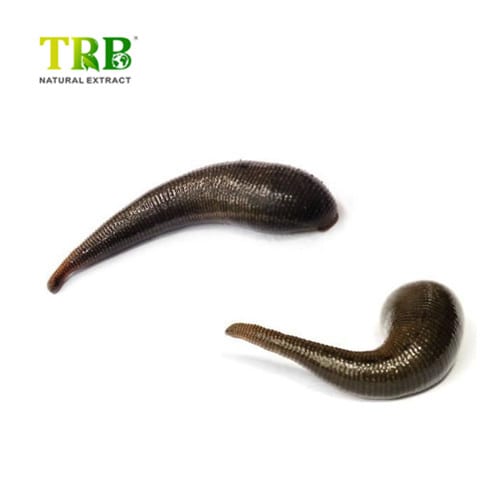 Hirudin is the most significant active constituents, is extracted from leech and its salivary glands, and is a kind of small molecule protein (polypeptide) which comprised of 65-66 amino acid.

Hirudin is the most potent natural inhibitor of thrombin. Unlike antithrombin III hirudin binds to and inhibits only the activity of thrombin forms with a specific activity on fibrinogen. Therefore, hirudin prevents or dissolves the formation of clots and thrombi (i.e. it has a thrombolytic activity), and has therapeutic value in blood coagulation disorders, in the treatment of skin hematomas and of superficial varicose veins, either as an injectable or a topical application cream. In some aspects, hirudin has advantages over more commonly used anticoagulants and thrombolytics, such as heparin, as it does not interfere with the biological activity of other serum proteins and can also act on complexed thrombin.

Colour:White or Yellowish Powderpowder with characteristic odor and taste

-Animal studies and clinical studies have shown that hirudin is highly effective in anticoagulant, antithrombotic, and blocking of thrombin-catalyzed activation of blood coagulation factors and platelet response and other bloody phenomena.
-In addition, it also inhibits thrombin-induced proliferation of fibroblasts and thrombin stimulation of endothelial cells.
Compared with heparin, it not only uses less, does not cause hemorrhage, and does not depend on endogenous cofactors; heparin has the risk of causing hemorrhage and antithrombin III during the course of diffuse intravascular coagulation. It is often reduced, which will limit the efficacy of heparin, and the use of blisters will have a better effect.

-Hirudin is a promising class of anticoagulation and anticonvulsant drugs that can be used to treat various thrombotic disorders, especially venous thrombosis and diffuse vascular coagulation;
-It can also be used to prevent the formation of arterial thrombosis after surgery, prevent the formation of thrombus after thrombolysis or revascularization, and improve the extracorporeal blood circulation and hemodialysis.
-In microsurgery, failure is often caused by vascular embolization at the anastomosis, and hirudin can promote wound healing. 4. Studies have also shown that hirudin can also play a role in the treatment of cancer. It can prevent the metastasis of tumor cells and has proven efficacy in tumors such as fibrosarcoma, osteosarcoma, angiosarcoma, melanoma, and leukemia.
-Hirudin can also be combined with chemotherapy and radiation therapy to enhance efficacy due to the promotion of blood flow in tumors.